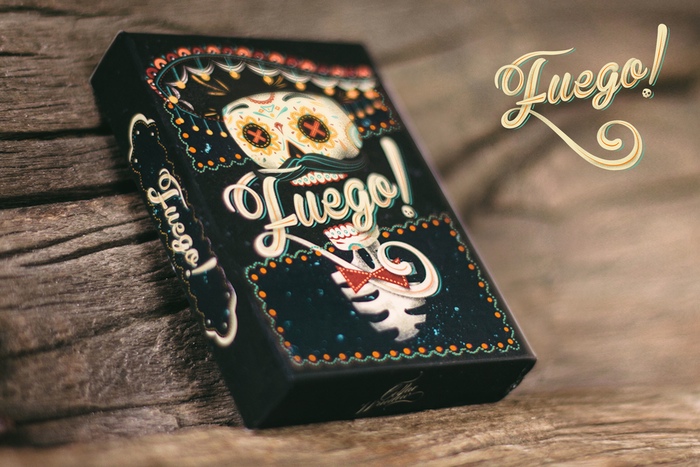 Fuego! Day of the Dead Inspired Playing Cards were successfully funded on Kickstarter in June 2015. 735 backers funded this deck to the tune of $21,762 USD. I have a few decks for sale in my shop – click HERE to get yours.

‘Day of the Dead’ or ‘Día de los Muertos’ is the Mexican tradition of honouring their deceased loved ones. It is not in the least bit morbid, but rather is a joyous celebration of their lives, and the festivities continue for two days from the 1st to the 2nd of November each year. In recent years, an abundance of Día de los Muertos inspired playing cards have been produced, each with their own unique take on the colourful skulls and costumes that are so ingrained in the traditions of the holiday.

Fuego! the first deck independently produced by Cellar Window, is most definitely what you would call unique. Inspired by the works of Mexican political printmaker José Guadalupe Posada, his Calaveras (skulls), and the Latin phrase ‘Memento Mori’ (remember you must die), Fuego! is a fun, colourful take on the Mexican holiday. The characters themselves have an almost cute, comedic look about them and aren’t scary at all.

In this review, I’m going to say as little as possible about the cards – because the designs speak for themselves – at full volume.

The deck has been beautifully designed from scratch, with every inch of every card and even the insides of the tuck boxes crammed full of detail. There are 2 versions available – the Sol deck (blue), and the black ‘Luna’ deck. Only 1000 were made of each of these, so definitely a collector’s dream. 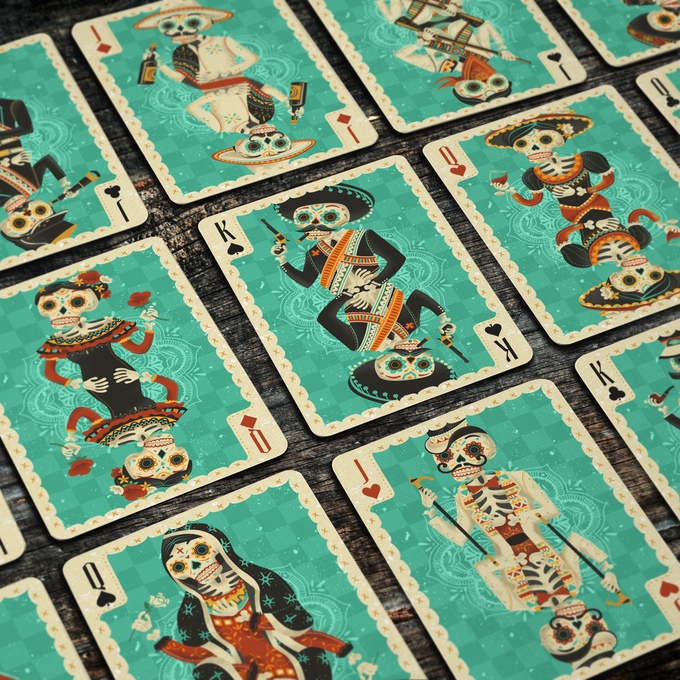 The four suits are based on Mexican social classes from the days of the Mexican Revolution in the early 1900’s – the Spades, with their bandannas, guns and ammo, represent the Revolutionary Soldiers; the Clubs are the Federal Soldiers in their military regalia; the Hearts represent the Elites – the gentlemen, the upper classes; leaving the Diamonds who are the revelers – drinking, playing music, dancing and having fun, with the Jokers adding to the music making. 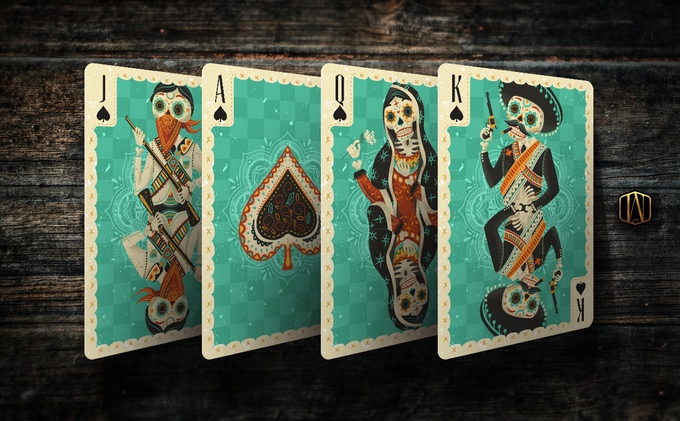 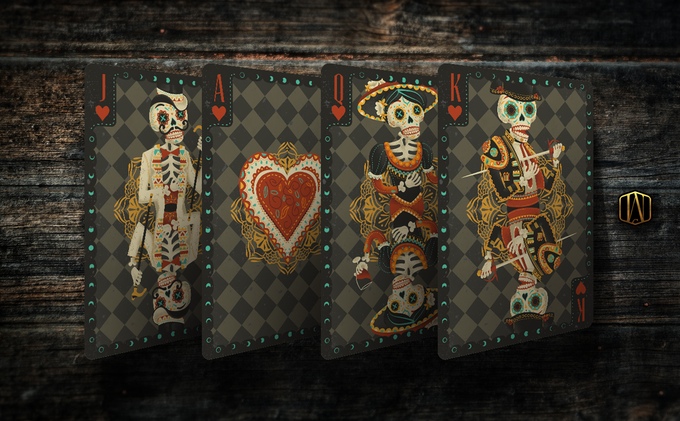 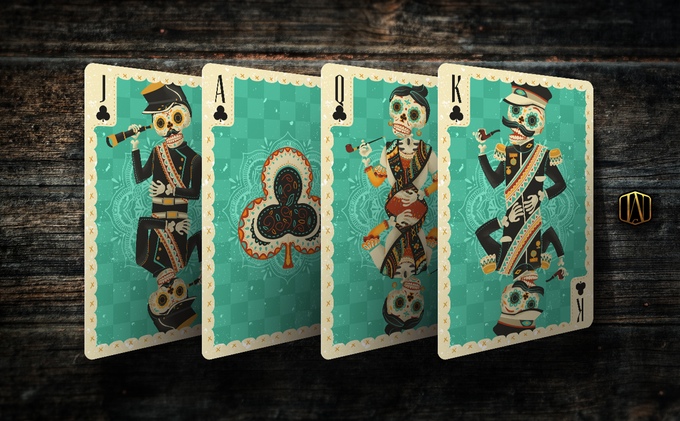 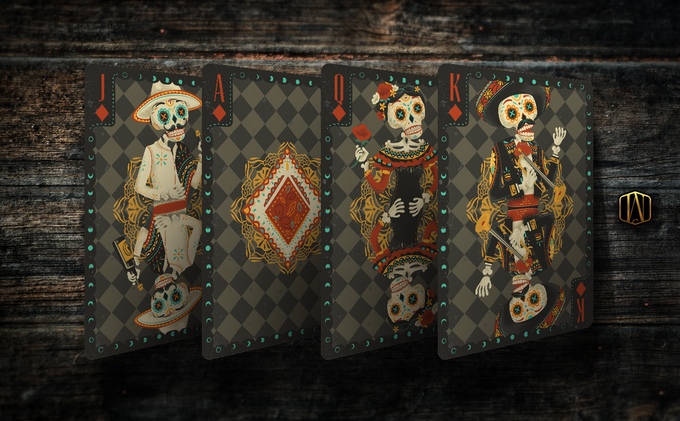 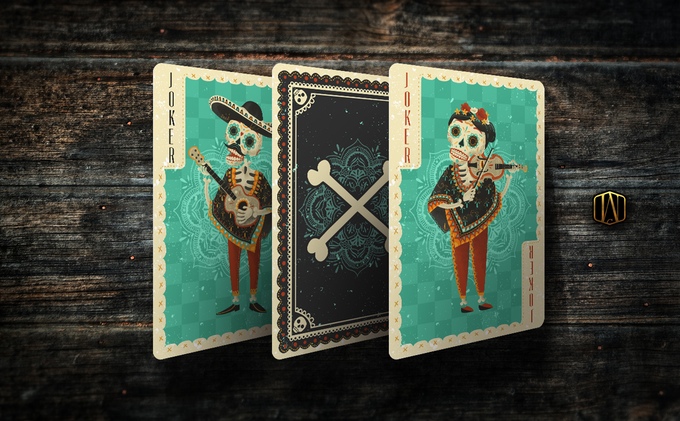 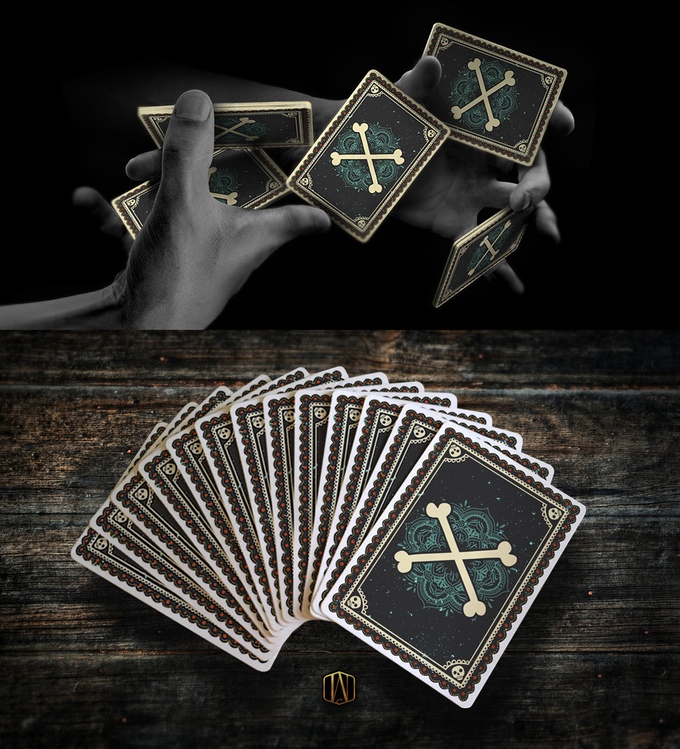 The back of the deck is a blend of minimalism and intricate designs – perfect for not only the collector, but also for the cardist. The truth is though, that this is one deck of cards that is going to be in demand from all quarters. Day of the Dead fanatics, Mexican Revolution historians, magicians, cardists, collectors or even those who simply love art – the uncut sheets are stunning! 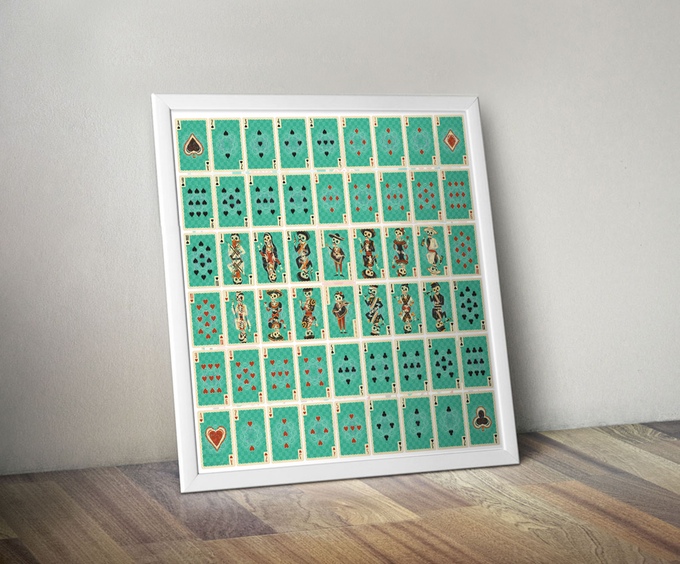 The pip cards are given the full treatment too, which is great to see – they have the same backdrop and intricate designs of the face cards. Fuego! is brim full of colourful Mexican-style graphics, and the detail is just amazing.

The team of highly skilled designers behind this deck are the same team responsible for the prohibition-themed ‘Bicycle Made Gold’ deck, the luxurious British Monarchs deck printed on USPCC’s premium Tally-Ho card stock, and the Don Quixote deck printed by Legends Playing Card Co. 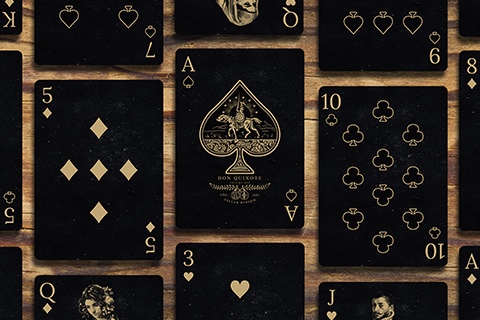 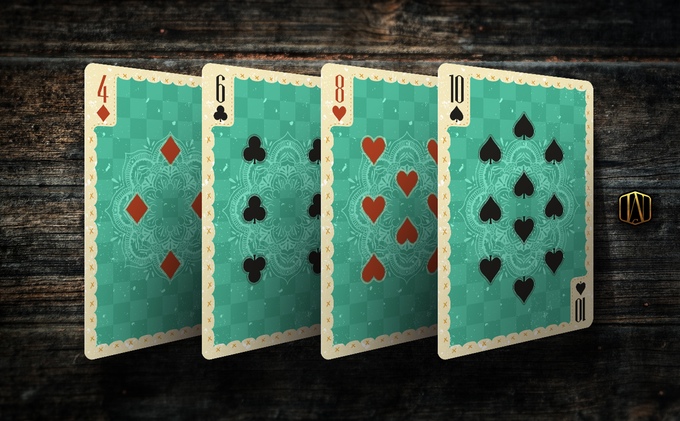 The Fuego! decks were printed by Legends Playing Card Company on their traditionally cut European card stock and Emerald Finish, ensuring perfect handling and an ultra smooth feel to these cards.

For more images and information on this deck, click over to the Fuego! Kickstarter page.

Fancy getting yourself a deck of these Fuego! Day of the Dead Playing Cards? Just go to my shop and order from there. I only have a few decks so when they’re gone, they’re gone.

What do you think of Fuego! Playing Cards? Would you add these to your collection? Any comments or questions, please feel free to add them in the box below. And please also share this post on your social media sites by clicking on any of the buttons below.

34 thoughts on “Fuego! – Day of the Dead Inspired Playing Cards by Cellar Window”