Based on the works of the great master Diego Velázquez, and hand-drawn to look like some of the very earliest styles of playing cards, ‘Medieval’ are the latest deck to come to you from Elephant Playing Cards, along with Egor Klyuchnyk of Anomaly World Studio fame. Previous EPC successes were the amazing Prism: Night, Pipmen, and Pipmen Shadow Edition decks, while AWS are famous for their ‘Demon’  and ‘Strange Head Society’ decks. 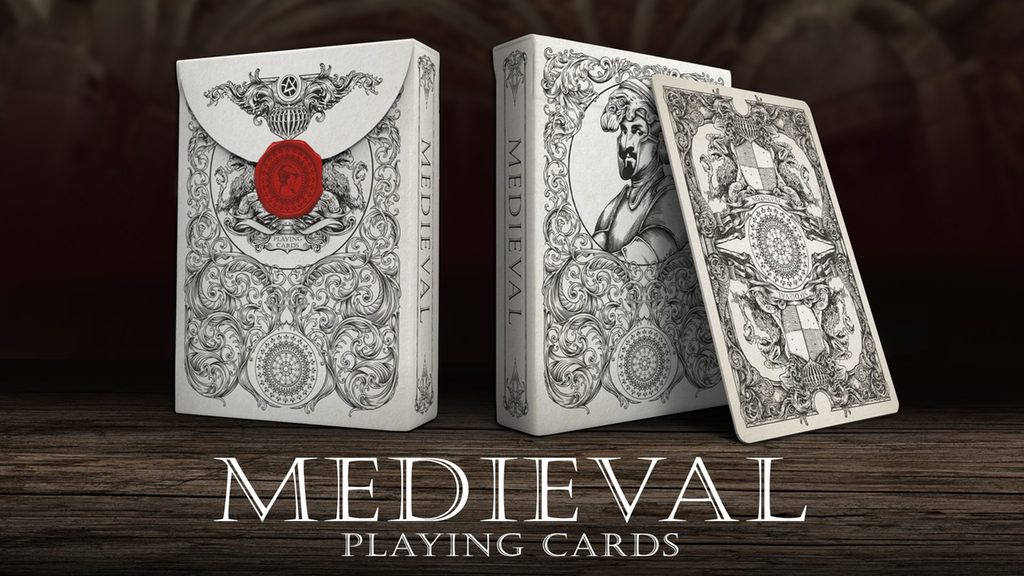 Inspired by fearless Knights, severe Lords and gorgeous Queens of the Medieval era, the court cards feature a one-way design, which was the norm for the earliest decks of playing cards. The ‘face’ cards depicted nobility and as such they were shown in all their finery. The stunning back, however, is a two-way design which completely reflects the lavish artwork of the Medieval years. Naturally, this makes this deck perfect for collectors and magicians/cardists alike. 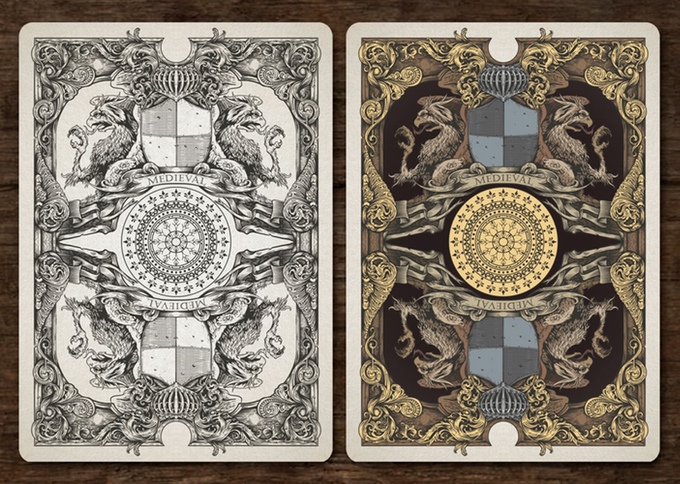 In helping to create the illusion of medieval card play, the cards will be printed by Legends Playing Card Company on their Robusto card stock, which is thicker than the usual and will give a feel of genuine Medieval card playing. The imitation red wax-style seal is another clever little way of helping to transport us back in time while playing with this deck. While the tuck flap can be tucked behind the seal to keep the deck closed, it can also be tucked back into the box as with ‘normal’ playing cards, so there’s no problems with wear and tear. If you should so choose, of course. I quite like the wax seal tuck, so I’ll be using that on mine :) 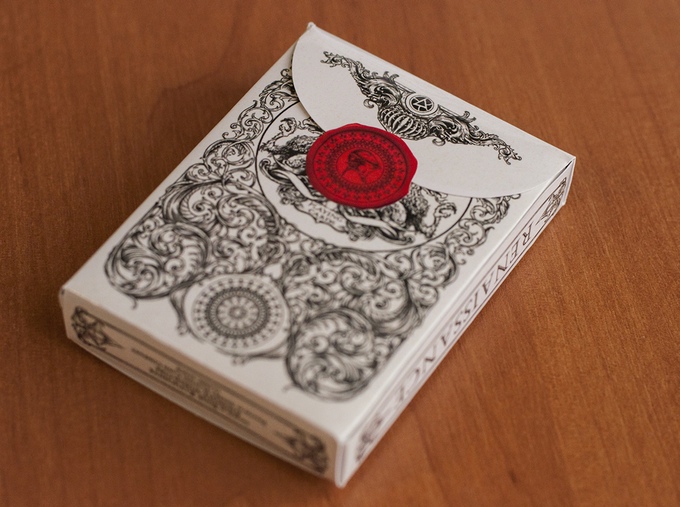 There has been a lot of attention to detail in this deck, and you can get a closer look at this by going over to the Kickstarter project page and clicking on the photos for higher resolution images. It is truly a stunning deck and it’s easy to see that a lot of time and effort was put into getting it just right. For example, each suit has its very own unique coat of arms printed in the background of the cards, as befitting the individual noble families of the time.

Even the very Jokers depict a brave Knight fighting a fearsome griffin!! I wonder who wins…. 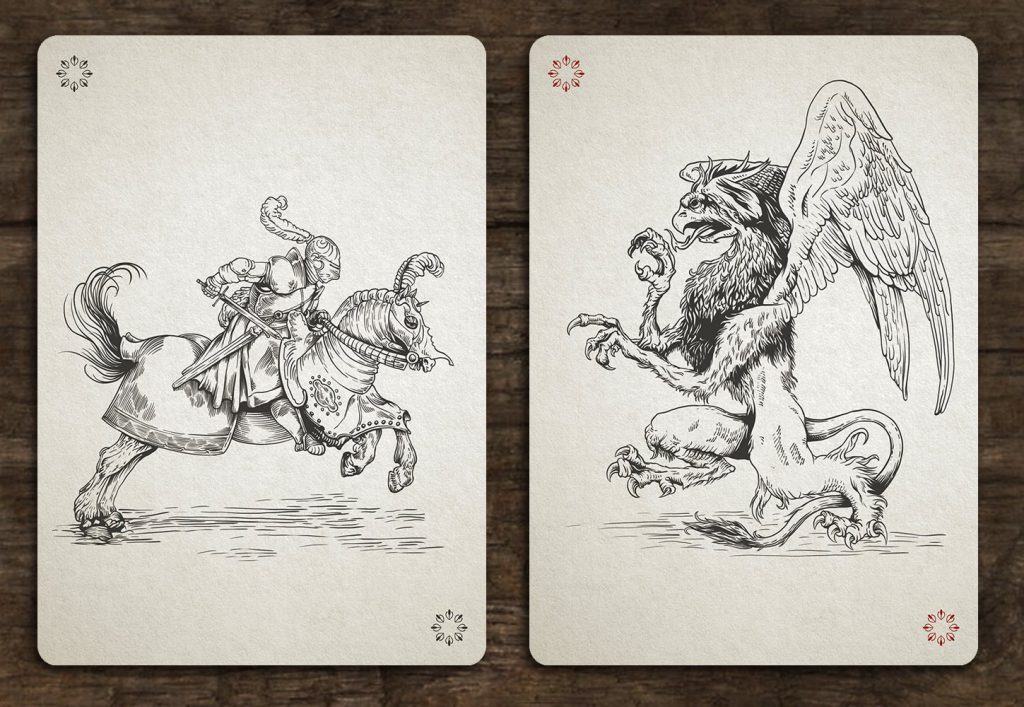 The ‘Medieval Playing Cards’ by Elephant Playing Cards and Egor Klyuchnyk are live on Kickstarter right now, so if you’d like to grab yourself a deck or two, get on over to the project page and make your pledge. Uncut sheets are also available for both editions which look amazing. I’m telling you, uncut sheets make for an amazing piece of wall art and are a sure-fire conversation piece at parties. They’re almost always very limited in number so these can be a real investment.

This project has only been live for under an hour and already there are 28 backers eager to get their hands on these beautifully hand-drawn cards – don’t miss out!!

As always, any questions or comments are most welcome, just use the box below and let me know what you think. And if you like this post, please feel free to share it on your social media using the buttons at the end. Many thanks for reading.

In the meantime, I’ll leave you with some more images from the deck. Enjoy…!! 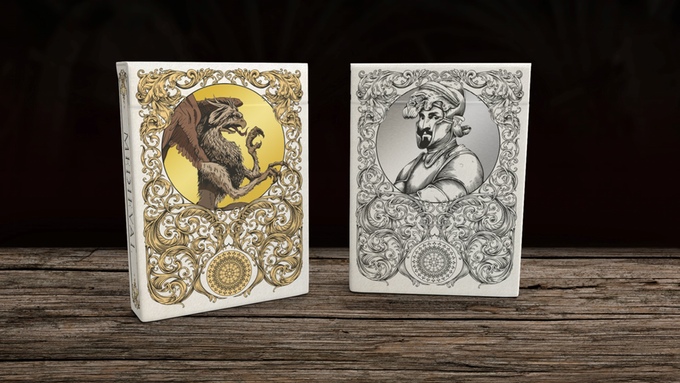