Roman Kotiv of NoirArts who brought us the fantastic Asylum and Back to the Asylum playing card decks, has come up trumps (pun intended) once again. Here we have the intrinsically detailed ‘Branle’ Playing Cards, which have just gone live on Kickstarter. 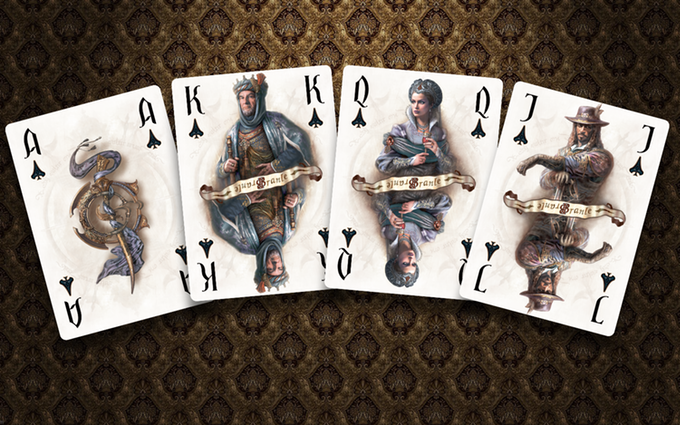 The name ‘Branle’ is derived from a 12th Century French chain dance which was adopted by aristocrats right across Europe, particularly in England (where it was Anglicised as ‘brawl’ – yes, that’s where the word came from – a dance!) and France, in the 15th/17th Centuries. There were many variations of the popular dance to suit the abilities of the age groups of those taking part. 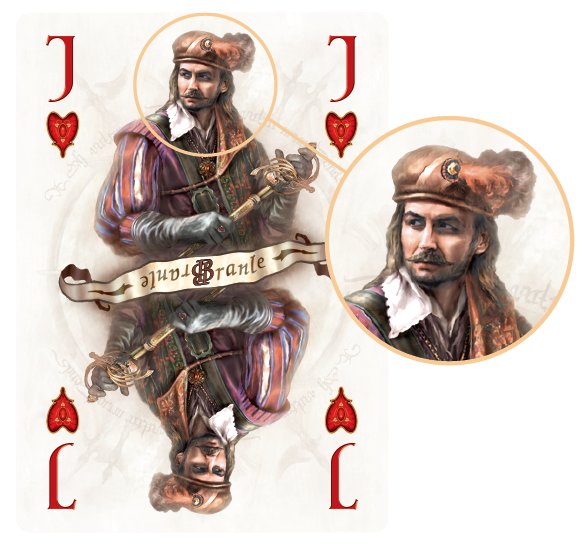 Designed by Chesley Trem, each and every card is jam packed with detail and the colours compliment each suit perfectly. Even the pip cards have been given special attention. The artwork of the court cards represents the history and culture of various European countries from the 16th to the 17th Centuries. I just love this deck. The Jokers in particular grabbed my attention – loving the blue Joker, I can just imagine him playing away and his wee dog howling along :D 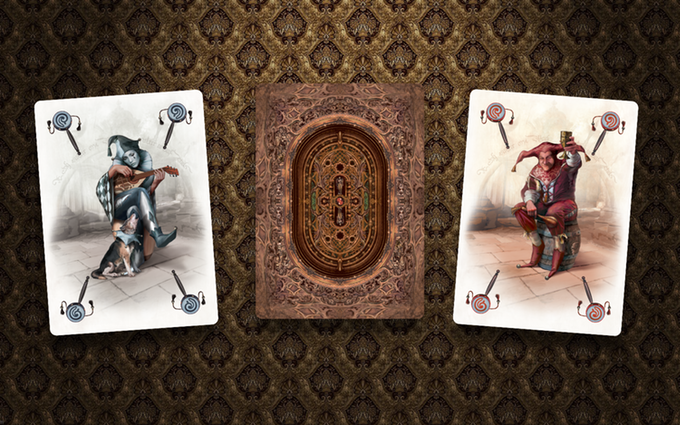 Branle Jokers and the back

These cards are strictly limited to a print run of 1000 decks, each with a numbered custom seal, and will only be available to buy during the Kickstarter campaign. So if you’re wanting to add to or start your playing card collection, I’d fully recommend you invest in a deck or two of these.

Click here to be taken to the Kickstarter project page. 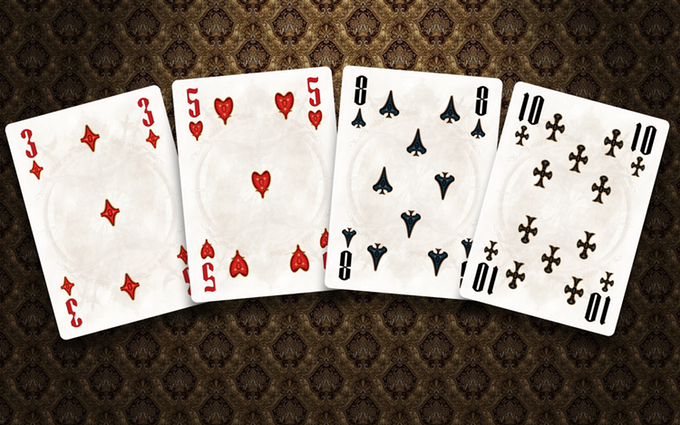 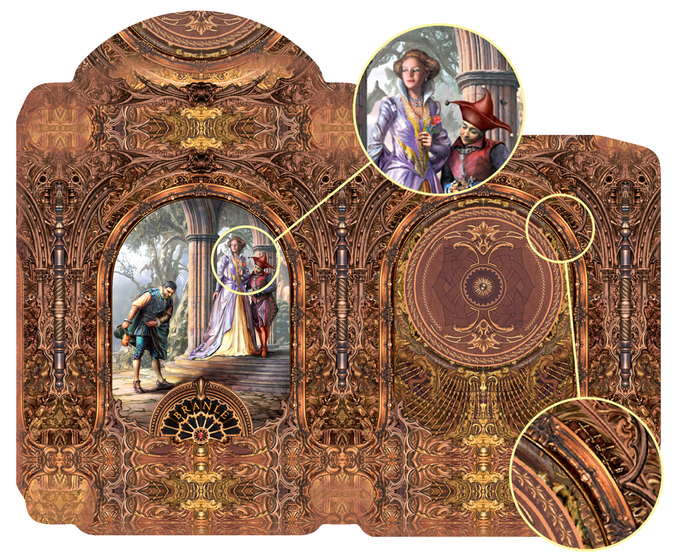 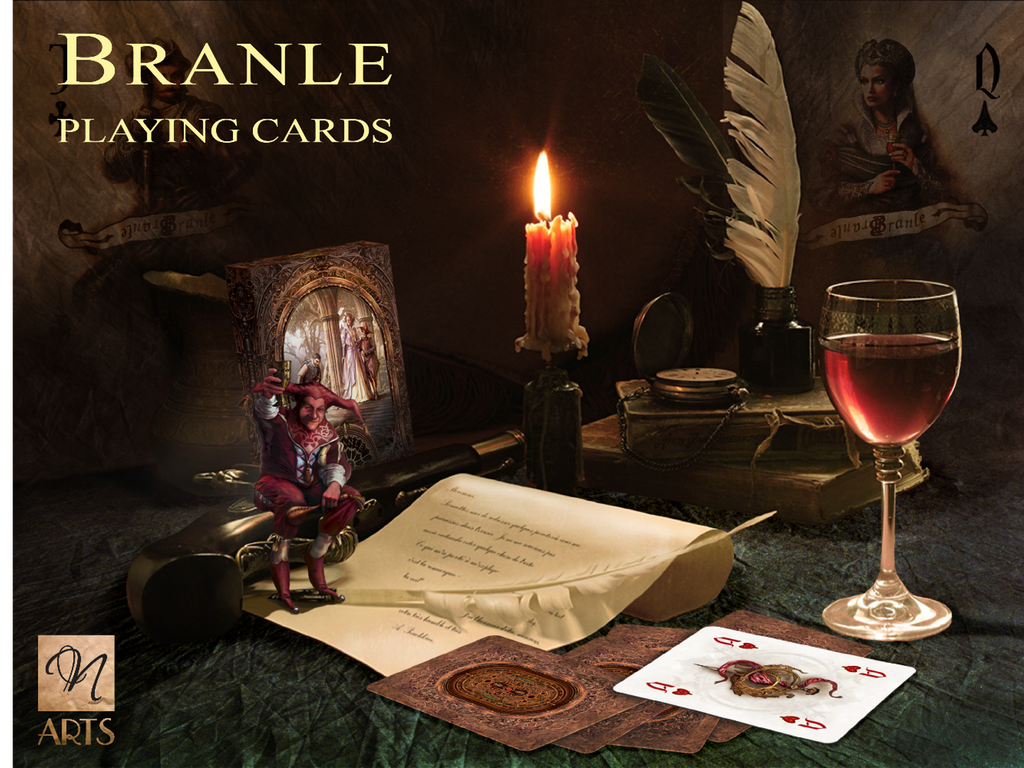 Please feel free to leave any comments or ask any questions in the box below – all welcome :)

And do please ‘share’ on your social media by clicking on any of the buttons below.

18 thoughts on “‘Branle’ Playing Cards by NoirArts – on Kickstarter NOW!”