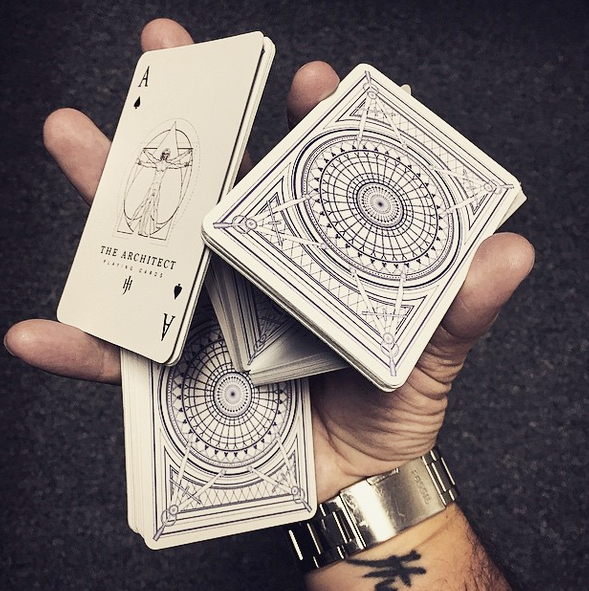 With his roots firmly in design and magic tricks, it’s no surprise that Kansas-born Jared Hansen chose such a clean, crisp, classical design concept as his inspiration for this truly stunning deck of playing cards – The Architect.

“Designed from the ground up to resemble a blueprint, The Architect features a contemporary, refined back design filled with modern symbolism while reminiscent of more traditional, classic playing cards.” – taken from the Kickstarter project page. 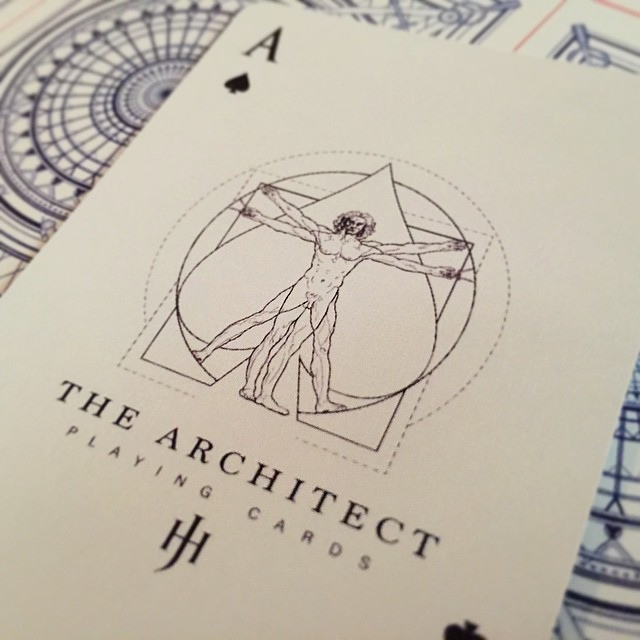 The Ace of Spades (shown above) features a unique take on Da Vinci’s ‘Vitruvian Man’ sketch, with a very subtle Spade hidden in the background. 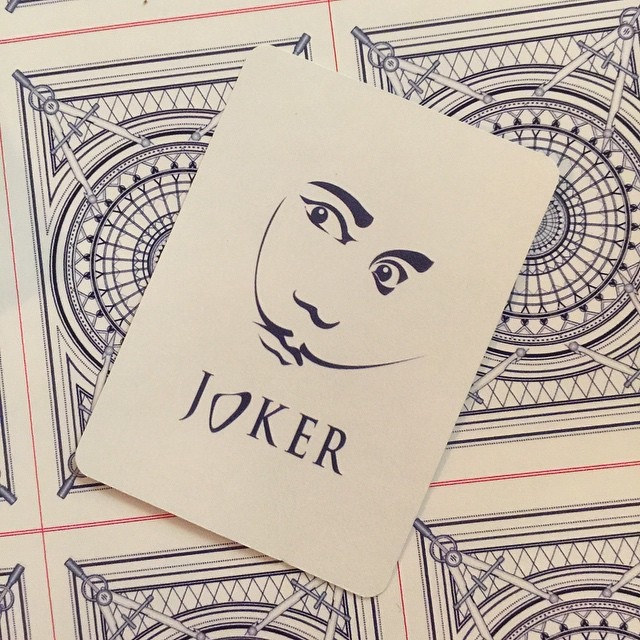 Inspiration for the Jokers came from none other than Salvador Dali. While this may seem like an unusual choice, since Dali is more known for his surrealist paintings than symmetrical shapes and patterns, he did have architectural achievements, namely his own house and a museum, both located in Spain. As a Joker collector, I personally think it is a touch of genius, given his personality and eccentricities.

With standard pip cards this deck brings card design right back to the drawing board so to speak. Or so we would think…… 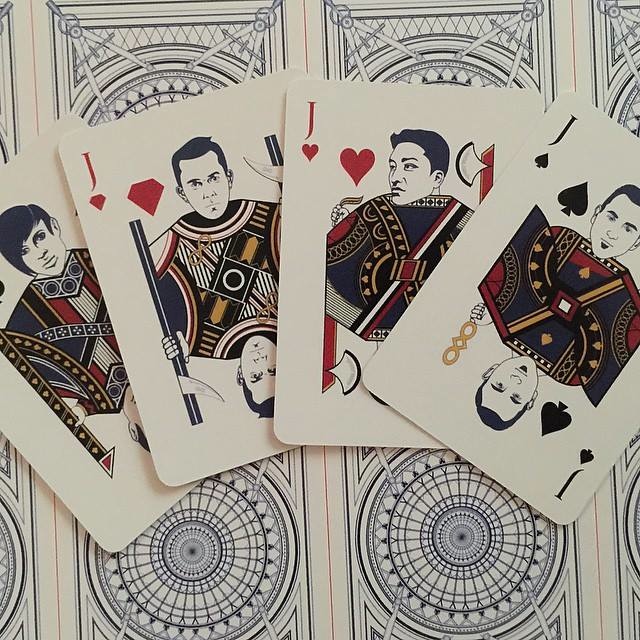 The Court cards all feature the likenesses of actual people – friends and family of Jared Hansen, as well as award winning magicians. This would have to be my only gripe about this deck…. I just don’t like playing card decks with ‘real’ people’s faces on them. Especially if I don’t know who they are. And particularly if the images are based on what could only have been ‘yearbook-style’ photo shoot images. The court cards’ bodies are actually very well designed, if they had standard faces I reckon this deck would be all the more desirable. But you know what? That’s just me. Everyone’s tastes are different and I’m sure there will be those who totally disagree with me on this point. Anyways, can you imagine being one of those people immortalised in a deck of cards? Not a bad claim to fame….”yeah, I’m the Jack of Spades….. I know… cool, huh…?” 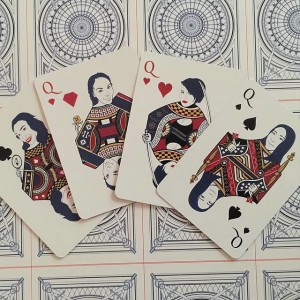 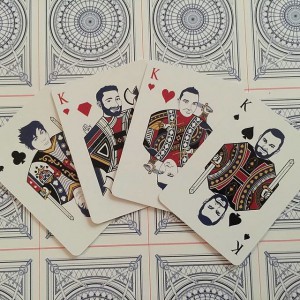 Like I’ve said, this deck is designed with cardistry in mind, and it delivers on that point perfectly. The symmetrical design of the back and the simple pips don’t carry any pretense – it does what it says on the tin. The cards will be printed by the Expert Playing Card Co. and will be fulfilled by Art of Play which was founded by Dan and Dave Buck, so the quality and handling of this deck is guaranteed to please. 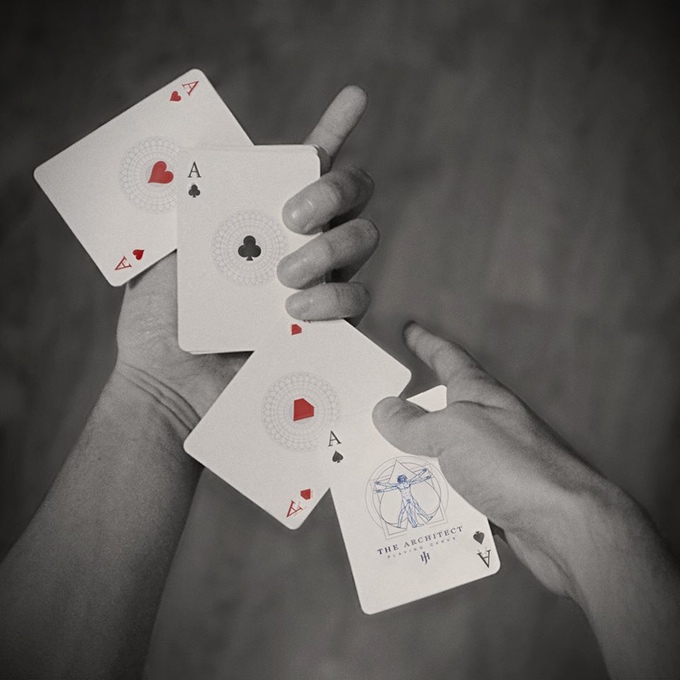 With a few nice add-ons available from t-shirts, to card clips, uncut sheets and signed prints, this is a well thought out project – Jared obviously wants to provide his backers with some special gear. My personal favourite would have to be the prototype Architect Redline Edition, with a red back and standard court card faces. These are prototypes and so would make them extremely rare and therefore desirable for collectors. But with a price tag of $75 USD, I reckon I’ll have to pass on pledging for them….

This project is live on Kickstarter right now, so if this is something you’d like to see in your collection, get on over to the project page by clicking HERE.

I’d love to hear what you think of the court card faces. Do you think it’s a nice touch or, like me, do you think that your friends and family belong on your living room mantelpiece? Leave any comments or questions in the box below.

30 thoughts on “The Architect Playing Cards – on Kickstarter NOW!”